A downloadable game for Windows

Nekota is looking for the perfect place to take a nap. Guided by a chicken named Hakatori, Nekota traverses treacherous terrain and fights/befriends/avoids various monsters.

Defeat monsters by jumping on their heads. Alternatively, give monsters their favorite items and they will no longer hurt you. Watch out for special monsters that will give presents back if you befriend them.

This is my first time making an actual platformer. I wanted to make it using the resolution of a gameboy with a very limited color palette. There are three downloadable versions of the game. One is a fixed 10:9 aspect ratio at a resolution of 800x720. One is a gameboy version with a resolution of 160x144. Finally, there is a version where you can set the resolution to whatever you want, note that I have not tested the ui on those settings and it will almost definitely be weird.

Nekota: the main character of the game. Either a cat or a tanuki--no one really knows.

Hakatori: Nekota's guide to the perfect napping spot. Just a talking chicken who sleeps a lot.

Hanamon: a walking flower. They like to be given water and hate being given flowers. Imagine if someone just gave you a human they cut the legs off of. They drop flowers when killed.

Ino: just a regular old boar. They like to be given flowers, which they wear on their heads. They aren't cannibals, so don't give them meat! To defeat them, let them charge at you, when they hit a wall, they'll be incapacitated.

Chouchin: a ghost lantern that hurls fireballs. VERY DANGEROUS! When they run out of fireballs they fly towards the player. Best to avoid them, but if you must befriend one, give it meat. Avoid giving them water, they hate it.

Shoes: get a nice pair of boots that will protect you from spikes.

Wings: get a pair of wings that will let you jump for longer.

If you click on the "の" symbol on the main menu, you will receive effectively infinite lives. This should help to overcome buggy colliders. 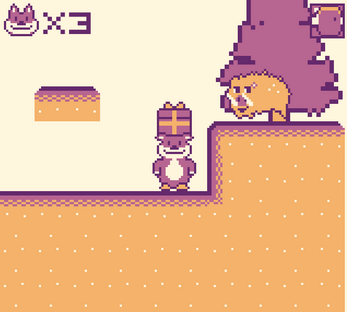 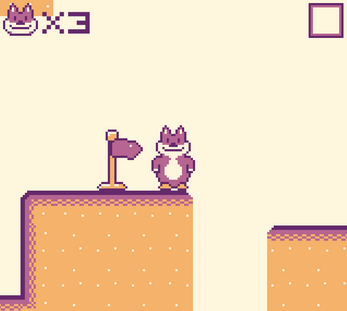 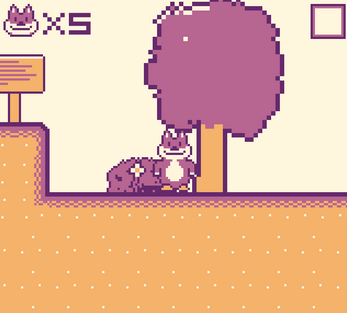