You want Smith to die, but you don't want to kill him. Luckily, Jones also wants Smith to die and might kill Smith without you lifting a finger.

Luckily you have a button that interacts with a microchip in Jones' brain. When you press the button, Jones will proceed to push Smith off the cliff. However, you don't want to push this button unless you think Jones won't commit the murder of his own volition.

Watch Jones' heartrate and movements and decide what he is going to do. Click to push the button and Jones will do the dirty deed for you.

Just click to make the character push the button and force Jones to kill Smith.

This "game" is an interactive example of a Frankfurt case. The central question is whether or not Jones is morally responsible for Smith's death since he couldn't have done otherwise. Even if he chose to kill Smith, had he chosen not to commit the murder he would have still killed Smith since you would have pushed the button.

I feel like saying "John was going to kill Smith anyway. You didn't have to get involved" is misleading. From "John was planning to kill Smith" does NOT follow that they wouldn't change their mind. Yes, at momoment A John has homicidal intent, but at momemnt B they can change their mind (this is true even for deterministic world, we don't know for sure how mental states of John will change, even if said changes are strictly deterministic and totally predictable from POV of hypothetical omniscient outside observer). The only way to kill Smith for sure is to turn on the mind control permanently. Otherwise you will have to tolerate 50% chance of failure.
But while the message is misleading, it doesn't have to be like that. Currently it's based on mental state of John at the moment before mind control was turned on (please correct me if I'm wrong). Instead of that you could, at the start of current iteration of the game, randomly generate list of mental states through which John will go through without mind control. The question if Smith will live in this case will depend on the final mental state on the list, if it's homicidal state or non-homicidal state. If it was homocidal state and mind control was turned on in the moment of murder, then you can really say "John was going to kill Smith anyway. You didn't have to get involved"

Another proposal, incompatible with the previous one, is to allow the player to turn off mind control. This way it would be possible for player to use mind control to just keep John from walking away, leading to situation when John will sooner or later murder Smith, on their own volition and without being mind controlled at the moment of murder. 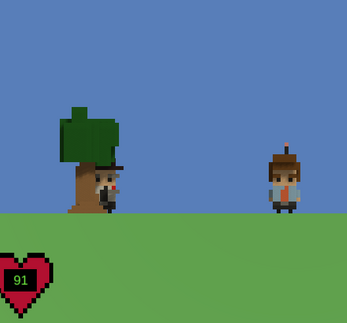